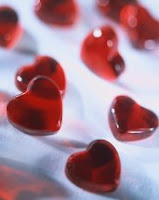 11 comments:
Email ThisBlogThis!Share to TwitterShare to FacebookShare to Pinterest

Merry Christmas from the Lancasters 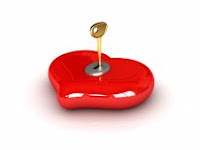 "So it was that while they were there, the days were completed for her to be delivered. And she brought forth her firstborn Son, and wrapped Him in swaddling cloths, and laid Him in a manger, because there was no room for them in the inn." Luke 2:6-7

At the time of Jesus’ birth a census was being conducted which required people to return to their place of origin. Joseph and Mary were traveling from Nazareth to Bethlehem. It was during that trip that Jesus made His entrance into the world.

There were no hotels or motels. No hospitals with elaborate birthing rooms. Apparently a lowly stable, more like a damp and dingy cave, was the only place that they could find to stay.

Have you ever wondered about that? The Son of God, King of the Jews, Messiah, the Christ Child came to this earth and God did not even arrange for a room for Him in one of the local inns. What a way to treat your only Son. He was of the noblest of origins yet born in a stinky stable-like environment sleeping in a feeding trough. What a way for the Son of God to spend His first night in the world.

"You have made known to me the ways of life; You will make me full of joy in Your Presence."
Acts 2:28 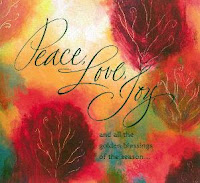 When I was a child the weeks before Christmas were very exciting. Our house was decorated beautifully and smelled of freshly baked cookies. We spent time with family and friends and, of course, participated in the yearly Christmas program. Then, on Christmas Eve, we were almost sick with excitement (and a few too many cookies) as we waited for Christmas day.

Bedtime would come and my parents would hurry us off to bed reminding us that we needed to go to sleep so that Santa could visit. After all he only traveled at night and if he did not come we would not have any gifts to open. We would try to stay awake just to hear or catch a glimpse of this jolly old man; who somehow managed to keep all the children of the world’s addresses and requests straight and deliver everything in one night.

No Gift To Bring

"And when they had come into the house, they saw the young Child with Mary His mother, and fell down and worshipped Him. And when they had opened their treasures, they presented gifts to Him: gold, frankincense, and myrrh." Matthew 2:11

One of the things that I enjoy most about the holiday season are the annual Christmas programs that I have been watching since I was a child. I am sure we all have our favorite one and, for some of us, it may be hard to choose. One I personally relate to is "The Little Drummer Boy."

For those of you who have not seen it I'll give a quick synopsis. A young boy’s family is killed and he is taken away, to be sold at a time deemed most profitable, by a nasty man. The man uses the boy’s ability to play the drum among other things for financial gain. He repeatedly mistreats the child who, by the way,  lost his smile the day his village was destroyed.