Deliver Me From Evil-Interview with Kathi 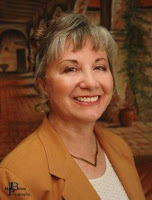 Today, I am delighted to feature an interview with author Kathi Macias. Her latest book Deliver Me From Evil is what I would consider to be a "must read." You can check out my review of the book here.

Here's Kathi with more on the book:

How did you come up with the idea for Deliver Me From Evil and the Freedom series?

It actually came out of a phone conversation with Andrea Mullins, the publisher at New Hope. We were discussing the Extreme Devotion series (about the persecuted Church), which I was still working on at the time, and we began to consider topics for a second series. Andrea was the one who suggested human trafficking, and it really struck a chord with me. The more I researched it and worked on the proposal, the more excited I became about joining forces with others working to abolish modern-day slavery, which is exactly what human trafficking is.

The book: Deliver Me From Evil (book #1 in the Freedom Series) introduces readers to Mara, an eighteen-year-old girl who has been enslaved for nearly ten years, having been sold by her parents in Mexico and then smuggled across the border into San Diego where she was forced into sexual slavery. Readers will also meet 18-year-old, Bible-college-bound Jonathan and his 16-year-old sister, Leah, whose paths cross Mara’s and who become involved in her dramatic rescue.

Interwoven between the stories of Mara, Jonathan, and Leah is the heartbreaking story of another young woman in captivity in the Golden Triangle of Thailand, whose past life mysteriously connects to the young people in San Diego. This book captures the reader from the start. You'll want to read it from beginning to end.

The review: Kathi Macias is a masterful story-teller. This year, I have read a half dozen of her books and have found each one to be far more than a good fictional read. They go deep touching on sensitive issues within our society in a way that is educational, informative and challenging.

Behind the scenes of A Christmas Journey Home

Today we are taking a "behind the scenes" look at Kathi Macias' latest book A Christmas Journey Home which I found to be a phenomenal read. Please be sure to leave a comment for a chance to win a FREE copy of the book. You'll find details about the giveaway at the end of this post.

At first glance you might think that A Christmas Journey Home is simply a fictional "holiday read." However, it is so much more. It is a window into the world of illegal immigration. And, it's a mirror which allows us to reflect.

When dealing with the issues, such as illegal immigration, we often do a lot of generalizing based on our own personal thoughts. Because of our tendency to see things only from one perspective our view is very often tainted. One-sided. Even prejudiced.