What Happened When Termites Ate My Mementos 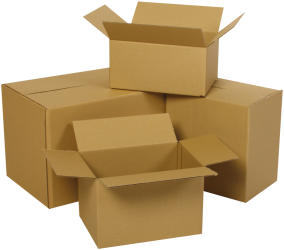 Sunshine warmed the slightly chilly air on a late spring afternoon. Determined to conquer the dreaded task before summer arrived, with all its sweltering heat, I asked my husband for help getting started.

Four boxes stood in the corner of our garage.

They’d been living there since we moved from out of state over a decade ago. Once in a while when we brushed past them, on the way to the car, I would make a mental note to go through them in the near future.

I never followed through.

On that day the smell of mildew wafted through the air as I looked over at the boxes. They didn’t appear damp but were the most likely culprit. Cardboard and humid air  aren’t the best combination.

I purposed to empty them out.

Three were labeled in permanent marker as “school books.” I couldn’t help but feel intrigued. I’d earned my bachelor’s degree in 1986. Typically, I sold my books at the end of each term to be able to afford the next semester’s books. If I’d held on to them, they had to be special.

I was about to find out.

Opening the first three boxes, I discovered some of my psychology textbooks as well as a few from my husband’s days of studying to become an electrician. Most of them weren’t anything we were interested in, as by this time new editions were available, but they did bring back some fond memories.

I piled them up for Goodwill.

Taking a deep breath, I opened the remaining box which had my name on it but nothing else telling. Inside were yearbooks, scrapbook clippings, photos, and other items with which I had been unable to part.

I pulled out my “Little Bo Peep” doll. Her arm dangled loosely from inside the elastic band of her sleeve. I’d fought with it even as a child. But, her curls still remained perfectly intact. I found that remarkable.

I dug in further looking for treasures from my younger days.

Several books that my grandmother had bought me, as a girl, were there just beneath the toys. I’d read one of them so many times that the cover had long ago fallen off.

Whenever my Grams gave me a book she would always write something inside. Running my fingers across her handwriting, I was grateful that she was now living a mere ten houses away.

Had I visited her enough lately?

Life has a way of getting away from us quickly. For the first time in years I was spending less time in the hospital which meant more time for ministry. But was I paying the right amounts of attention to my family members? Was I loving them well? Suddenly, I felt unsure.

I resolved to fix that immediately.

Digging down further, I found a lot of dust in the box. I mean crumb-sized dust. As I picked up the scrapbook, which came with my high school graduation announcements, so many memories flashed through my mind.

I slowly opened it up.

To my shock the pages were holey. They looked like Swiss cheese. Digging down through a pile of sawdust, I found my high school yearbooks in the very same condition.

The covers were intact but the inside was nothing but dust-filled pages full of holes.

What possibly could have happened, I wondered. By this time I’d called my husband out to investigate the situation. Staring down into the box I wasn’t sure if I could bear to pull another item out.

The tears had begun to fall.

Just about that time I noticed a very light-colored winged bug walking around in the box. Although not freaked out by insects, I’m not a fan of them, either. I was even less enchanted when my better half pointed out that they were termites.

Termites are very common in the South.

We had our home treated on an annual basis as well as inspected every year. Not once had any sign of activity ever been found. At least not until that moment. The destructive little bugs who most often feast on wood had bypassed our door frames and crawlspace content to make their home inside my box of mementos instead.

Afterall, books are made from trees.

Our son came out and looked into the box which, by this time, brought disgust to all three of us. I was forced to reach in and salvage what I could. Not much could be saved and by this time I just wanted the task to end.

I pulled a few more things from the rubble.

Meanwhile with a tone of mild sadness my son said, “It’s as if your entire past has been destroyed.” Gone. Eaten by sneaky little bugs. Initially, I thought that, too.

But then I was reminded of a Scripture. “Do not lay up for yourselves treasures on earth, where moth and rust destroy and where thieves break in and steal.” Matthew 6:19

The mementos were evidence of memorable moments but were they treasures?

Reading over the damaged pages, I couldn’t even remember some of the people who’d signed my “senior memories” book. Others I had not been in touch with for years. A few hadn’t been sincere in the first place.

That younger “me” was gone.

She’d been gone for a very long time. I missed her on mornings when I got out of bed with body aches, popping joints, and slowed movements. She’d never experienced more than a broken finger and had been relatively healthy. But she had issues still like fearfulness, self-consciousness, and insecurity.

I’d grown over the thirty plus years.

Not arrived but grown enough to let go of those earlier days which had been seemingly ground to dust. In my heart I felt that God would allow me to recall what was important for my life story. The rest didn’t matter anyway.

The real treasure was still with me.

I hugged my guys a little tighter than usual before getting on my candy apple red scooter and turning the key to start it up. Slipping a fragile book in the basket, so I’d have both hands free to steer, I made my way over to my parents’ house where part of my treasure was.

Suddenly it was as if I was seeing through new eyes.

I walked in the house, making my usual commotion, to find my Grams sitting in a chair in the living room. I showed her the book, all tattered and worn, and we talked about when she got it for me. I think she was surprised that I’d kept it all those years.

﻿﻿It had been pivotal in my coming to Christ.

﻿﻿﻿﻿With tears streaming down my cheeks, I thanked her for being such a godly influence in my life. I also apologized for not visiting with her more frequently. That was something that I planned to remedy right away.
﻿
And, I did.

We often enjoyed long conversations after that. I was impressed by her ability to recall things that even I had forgotten. ﻿We went on special outings, with my mom, to make new memories. How precious for three generations of women to spend time together. Those were some of the best moments of my life.

Mementos have value but the people we make memories with are the real treasures.

"All we take with us into eternity are our relationships with God and each other." Dean Kerns

I'd always been afraid of losing my photos and scrapbooks, until I talked to a man who thought the same thing, until HE drove toward his burning home, fearful his wife had not made it out. When he realized no lives were lost, he said it put everything in perspective. Other relatives shared duplicate photos, but his wife could not have been replaced.

I'm sorry you had to experience the termite damage, but I'm glad you realized you still had what was important. YOU and your FAMILY.

Melinda, this hits home. Dad has been critically ill for more than a year. In the midst of that strife, Kathy's mom suffered a series of strokes and quickly passed away. Dorothy (her mom), Kathy, and our two lovely daughters, Sarah and Martha, had the opportunity to spend quality time together in the fleeting final weeks.

What a beautiful story. It's making me cry. Thank you!

Oh, Melinda. This makes me so sad to have all those mementos that stir up the memories disintegrate. Praying God would brush the dust from your mind and make you recall those things that are needful. LYI!