Can You Picture It? 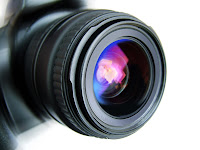 My husband and I just returned from a 17 day journey out West to celebrate 25 years of marriage. It was the first time we have traveled alone in over 20 years. We logged in nearly 5,000 miles and saw 7 states. Of course some of them we saw twice from different points on the map. All in all the trip was wonderful and something we will never forget.

Prior to leaving my husband decided to get a new camera. My little pink one did not seem befitting to him. Besides I am forever crying--"I need more zoom." During our trip we took at least 1,000 pictures. Not only did we both have cameras we had tons of great scenery, animals, people, & signs to capture. I personally think I found a new addiction hobby. As a matter-of-fact I just came in from shooting pictures of the moon in freezing weather wearing my pajamas and hubby's slippers. Apparently I'm becoming a nut shutterbug.

We have been so tired from all of the hours we spent in the car that there has been little energy to save and sort through our pictures. Did I mention we took over 1,000 pictures? I am probably being modest in my estimate. As the days pass by I'm becoming concerned that if we don't do some sorting and tagging that we are going to forget what was taken where. 25 years of marriage is a monumental occasion but it also means my memory is not as good as it once was. The landmarks are unforgettable so they won't be hard to remember. But I am concerned about some of the other photographs that were taken in less popular places.

Will we be able to identify and recall them when we need to?

Kind of reminds me of the promises of God. The Bible is packed full of them. There are landmark promises that we never forget concerning heaven, hell, life, death, eternal life, protection, & provision. But those are only the tip of "the iceberg" so to speak. They lay like snow cap on a mountain of promises He has made to those who believe--and to those who don't.

I'm not certain how many promises the Bible contains but I am quite confident the number far exceeds the amount of pictures we took during our trip. Much like our photographs some of God's promises are easier to REMEMBER then others. Some we fail to recall at all. Others lie dormant in our lives only because we have yet to discover them. The one thing I do know about God's promises is that it is impossible for me to REMEMBER them all. The awesome thing about God is that what we can't OR don't remember He never forgets. Not one of His promises ever slips His mind.

Sometimes it is hard to picture how God could possibly make good on all He has said. Yet according to II Corinthians 1:20 "For as many as are the promises of God, they ALL find their Yes [answer] in Him [Christ]. For this reason we also utter the Amen (so be it) to God through Him [in His Person and by His agency] to the glory of God." (Amplified)

What that means is that ALL of God's promises have been validated in our lives, as believers, through the work of Jesus Christ on the cross! Not just the ones we "camp around" or "scream out" in times of distress. ALL OF THEM! Every single promise He has made He will keep because "the LORD is faithful to all His promises and loving toward all He has made." Psalms 145: 13

I'm not sure how that looks in reality and quite honestly at times it is hard for me to picture. Still it is something that is well worth REMEMBERING...

Remembering any of God's promises can be so hard at times!

Thank you for this reminder to remember!

(and thanks for joining the carnival)